Egg-sploring these 4 threatened birds and their nesting habits 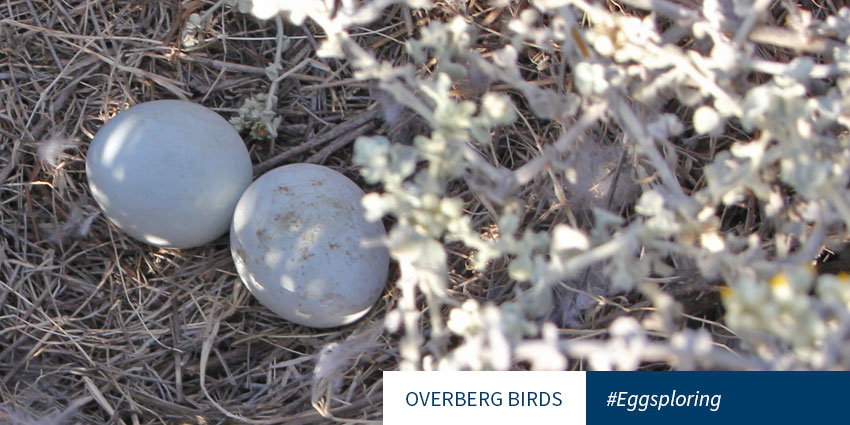 Here we take a look at nests and eggs belonging to 4 species that are regionally threatened (the OCG support reaches these 4 species as we work to protect them). All 4 of them are ground nesting birds – but the difference comes in how the birds hide or camouflage their eggs: 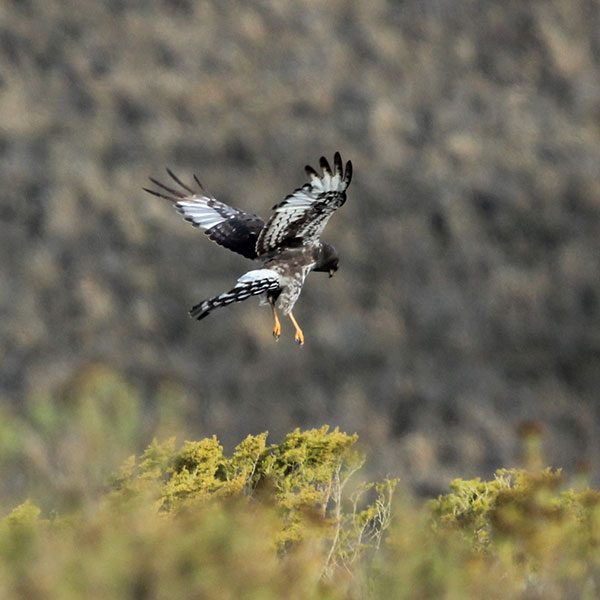 Where do they nest? Blue Cranes generally nest in open grasslands, in agricultural areas (croplands) and sometimes in wetlands or beside a waterbody. Wherever they choose to lay their eggs, they must have 360-degree visibility. They’ll scrape a few small rocks together, with some livestock dung, to make their nest. However, in wetlands they’re likely to nest on soft vegetation. Birds often nest in the same area year after year.

What do the eggs look like? Blue crane eggs are meant to melt into their surroundings, so they often resemble small rocks, with an off-white colour covered in darker speckles.

How many eggs do they lay? They usually lay 2 eggs, although Blue Cranes with up to 4 chicks have been seen in the past (it was not confirmed whether the parents adopted the chicks or whether they were their own).

What’s the incubation time? Both male and female cranes will incubate the eggs, usually between 30 to 33 days.

When do they lay the eggs? The laying date is usually anytime between August and April, but Blue Cranes only nest once a year. 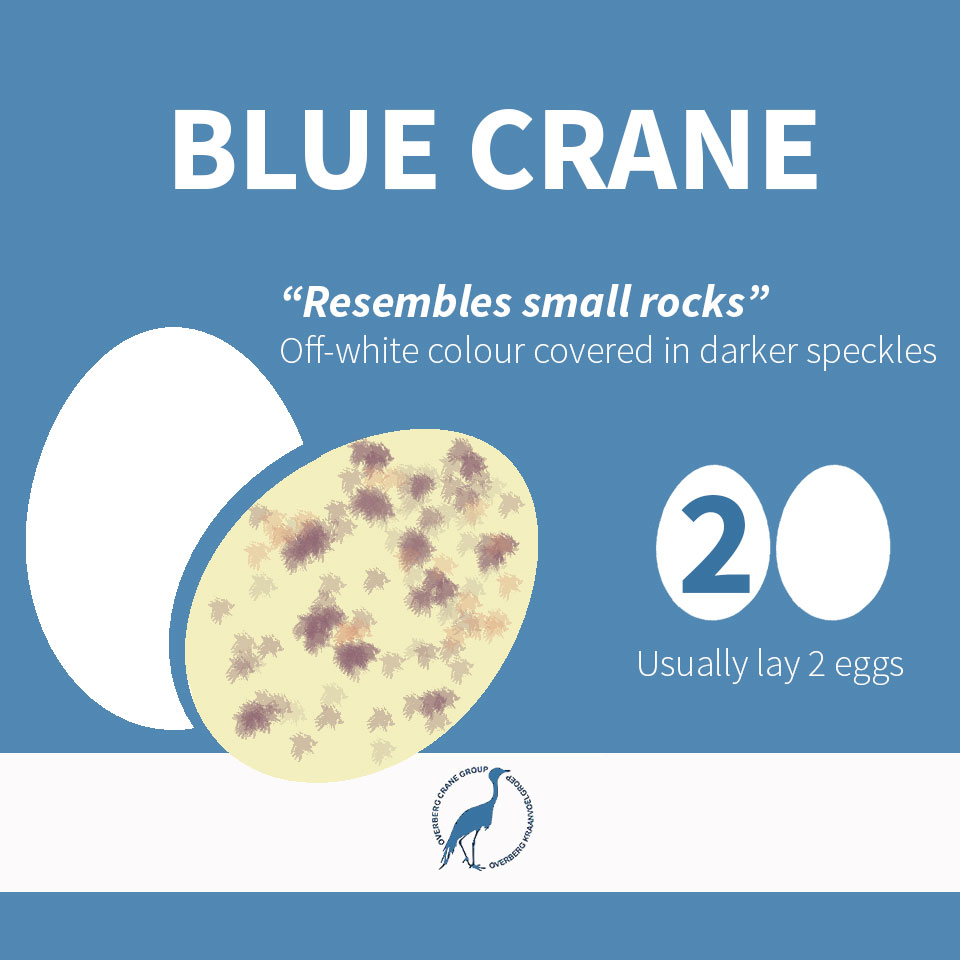 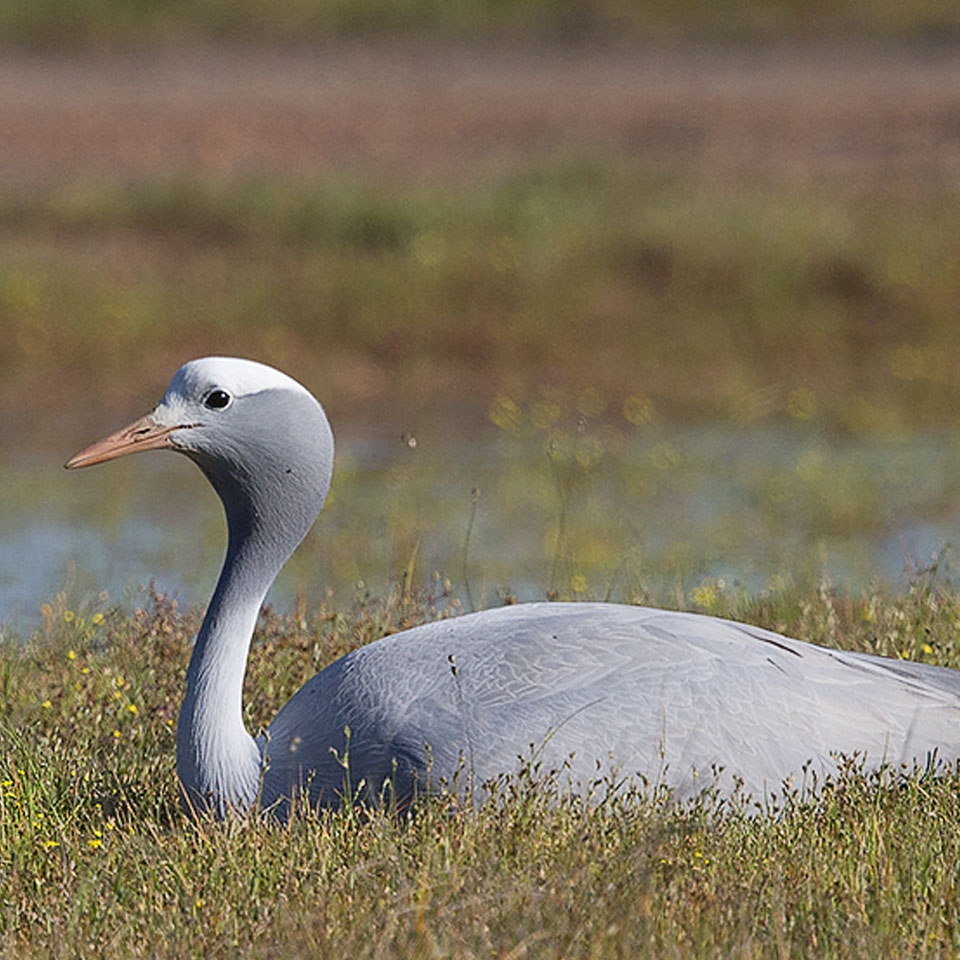 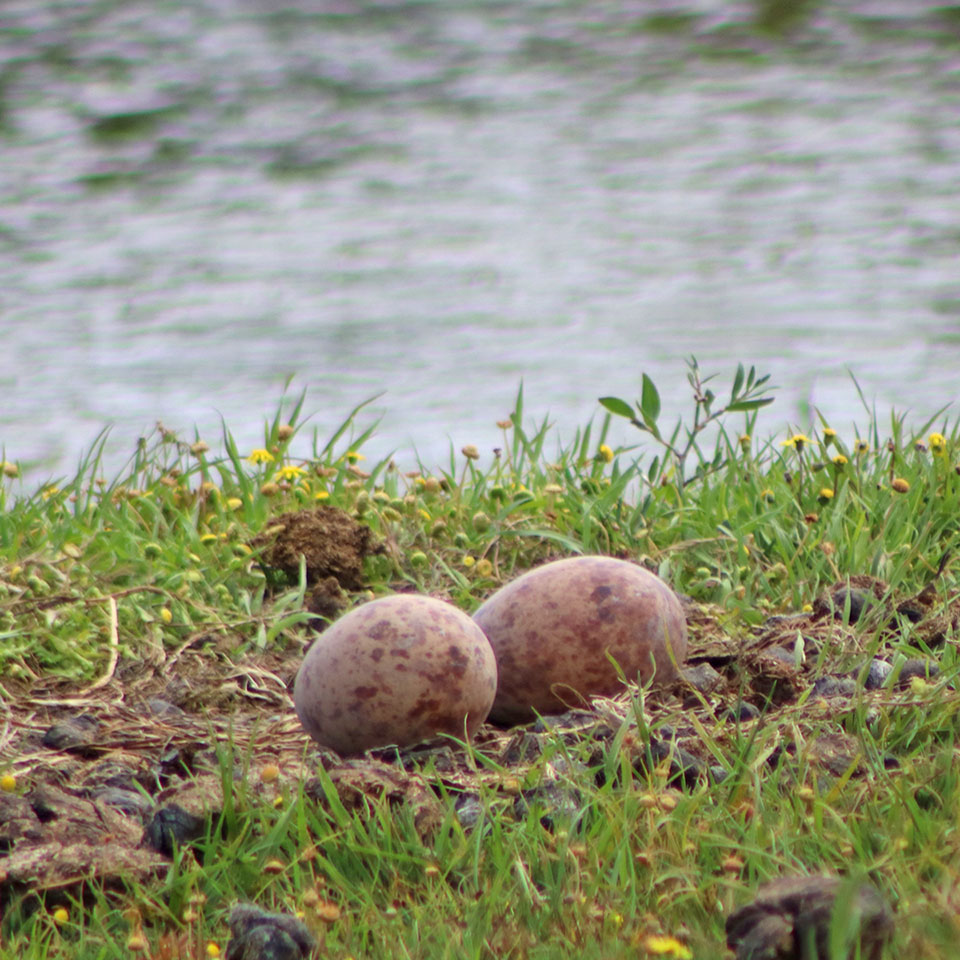 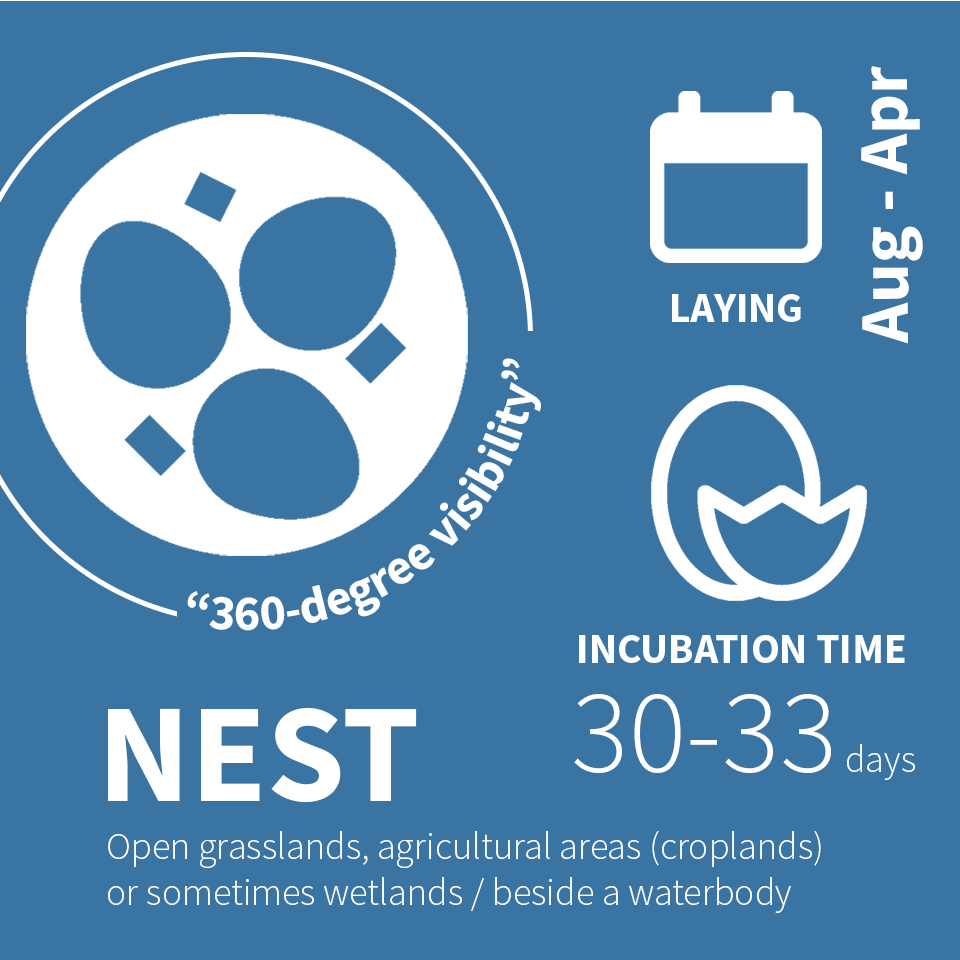 Where do they nest? Black Harriers hide their nests in fynbos and renosterveld, sometimes in loose colonies where they could be a few hundred metres apart from each other. The nests are made up of grasses and stems on the ground, sometimes with hair or wool added.

What do the eggs look like? Eggs have a bluish-white colour.

How many eggs do they lay? They lay between 3 and 5 eggs.

What’s the incubation time? Black Harrier females will incubate the eggs for about a month (around 34 days).

When do they lay the eggs? They lay their eggs between June and November – but most often in July and September. 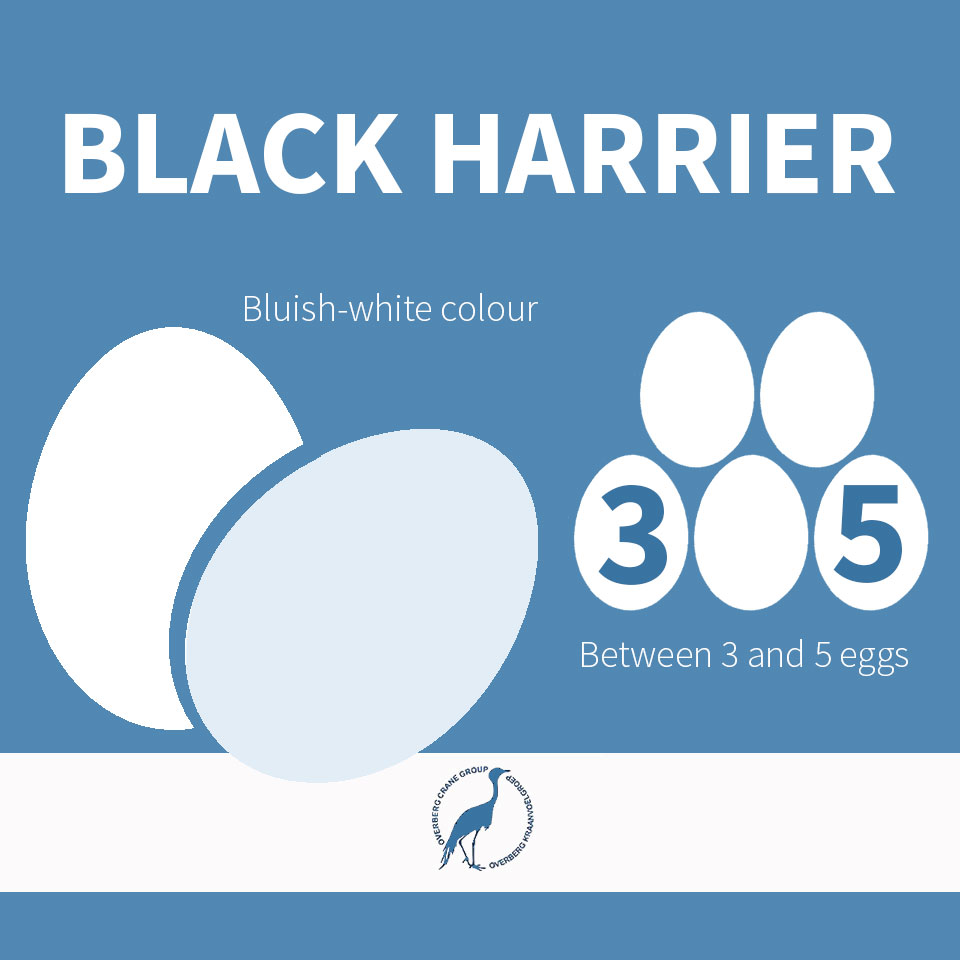 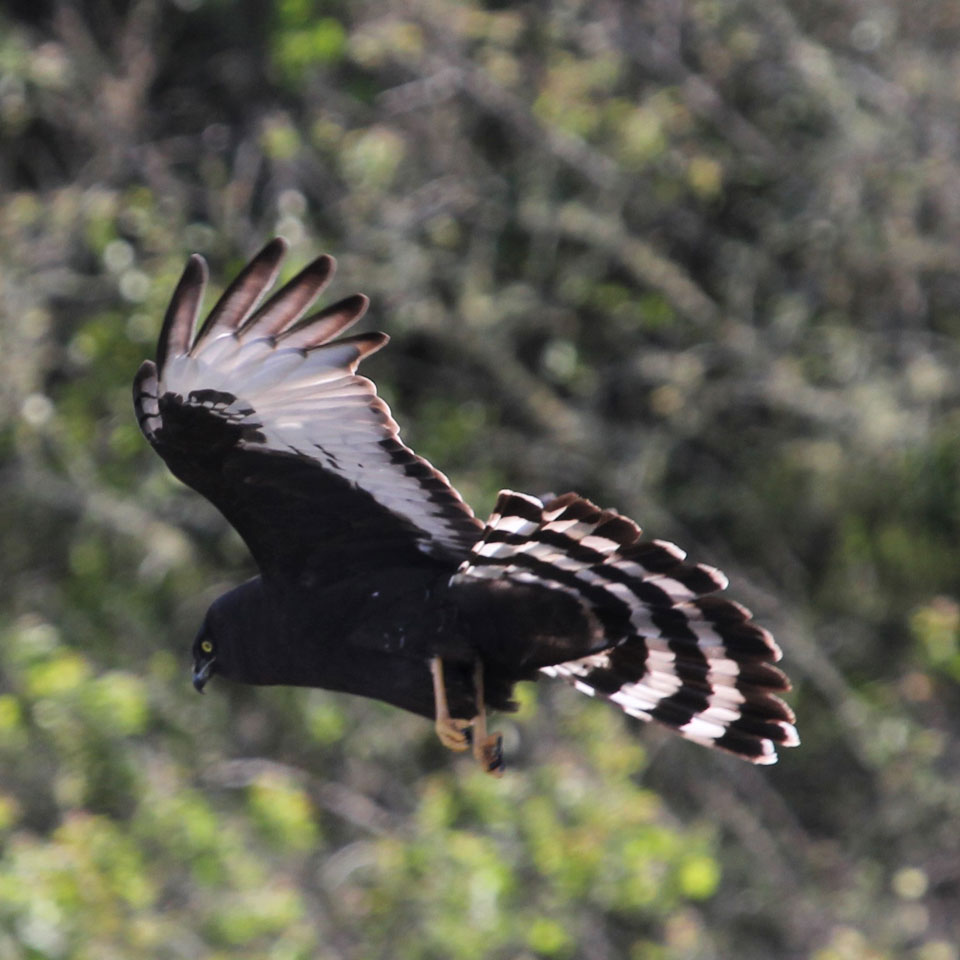 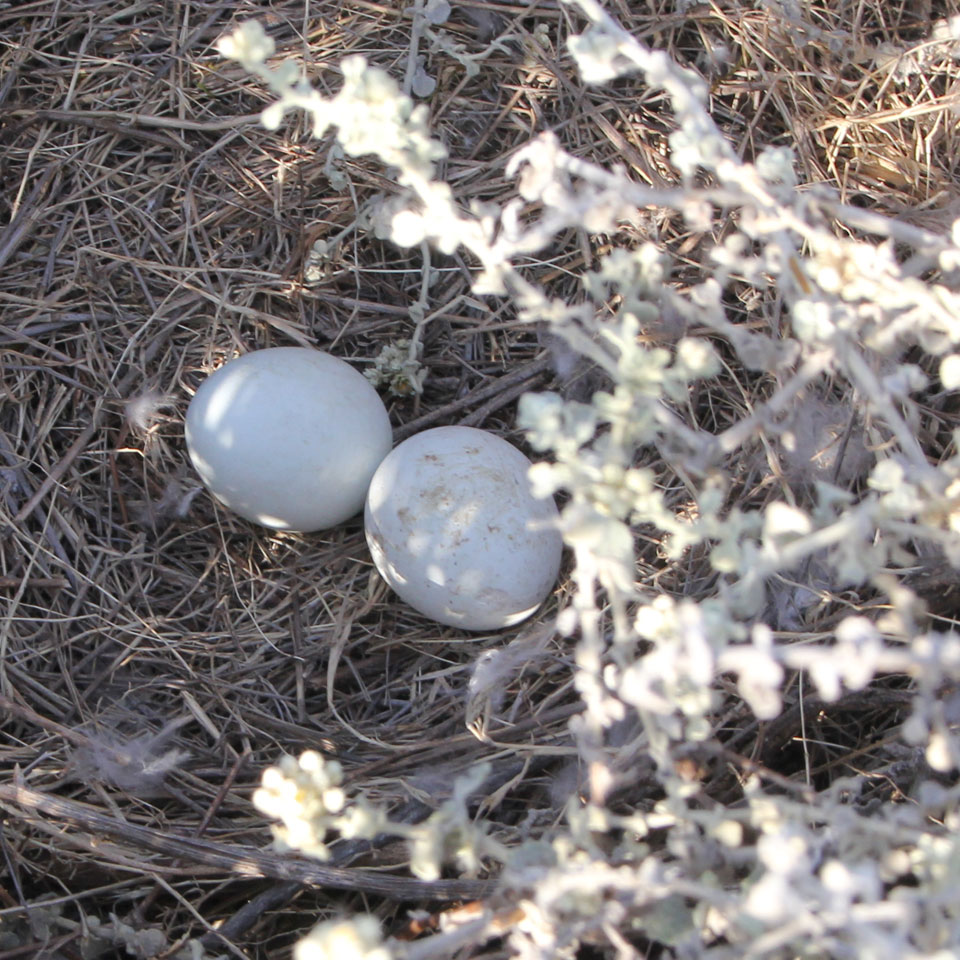 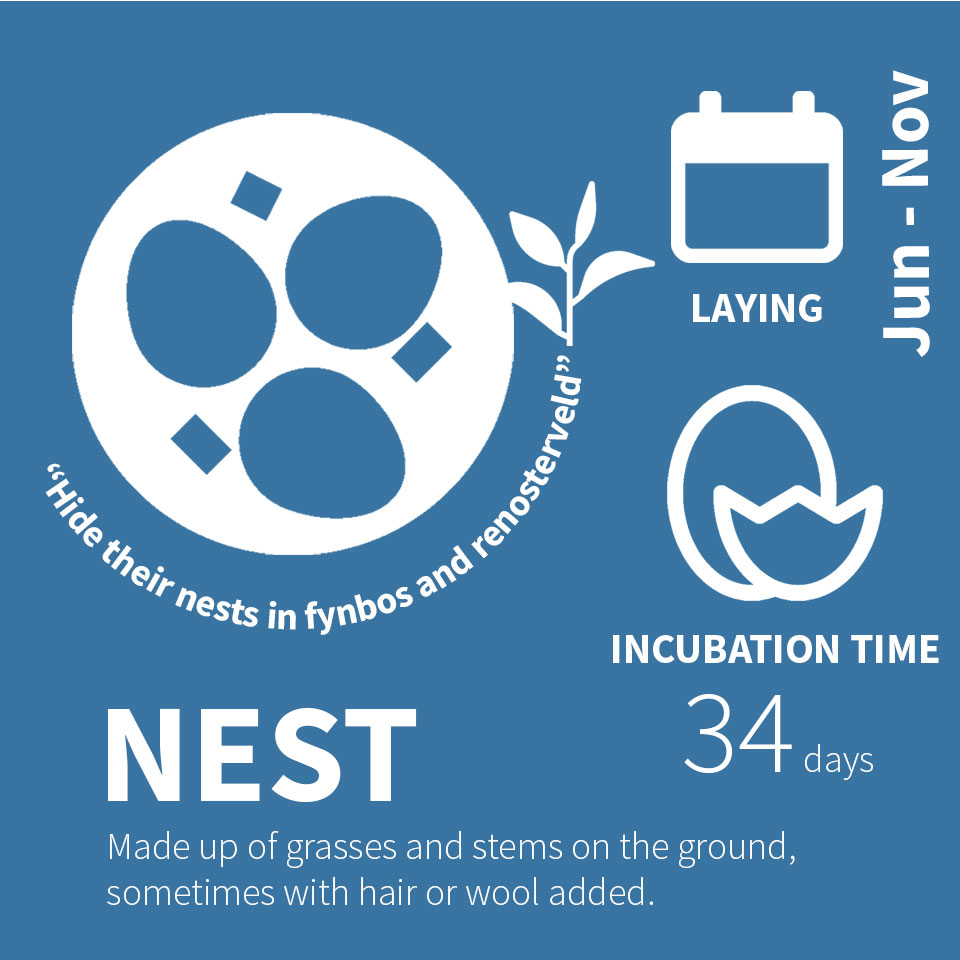 Where do they nest? They nest in long grasses or reeds, usually hidden away in an area with interconnected plant ‘caves’ and tunnels – and most often in a moist area. This includes in fynbos, in patches dominated by restios or sedges.

What do the eggs look like? The eggs are white with no distinguishing marks on them.

How many eggs do they lay? Grass Owls can lay up to 6 eggs, although only 2 to 3 young are likely to fledge.

What’s the incubation time? The female will incubate the eggs for around 32 to 42 days, while the male will provide the food.

When do they lay the eggs? They lay their eggs from December to August, but usually February, March and even into April. They are known to sometimes raise more than one brood a year. 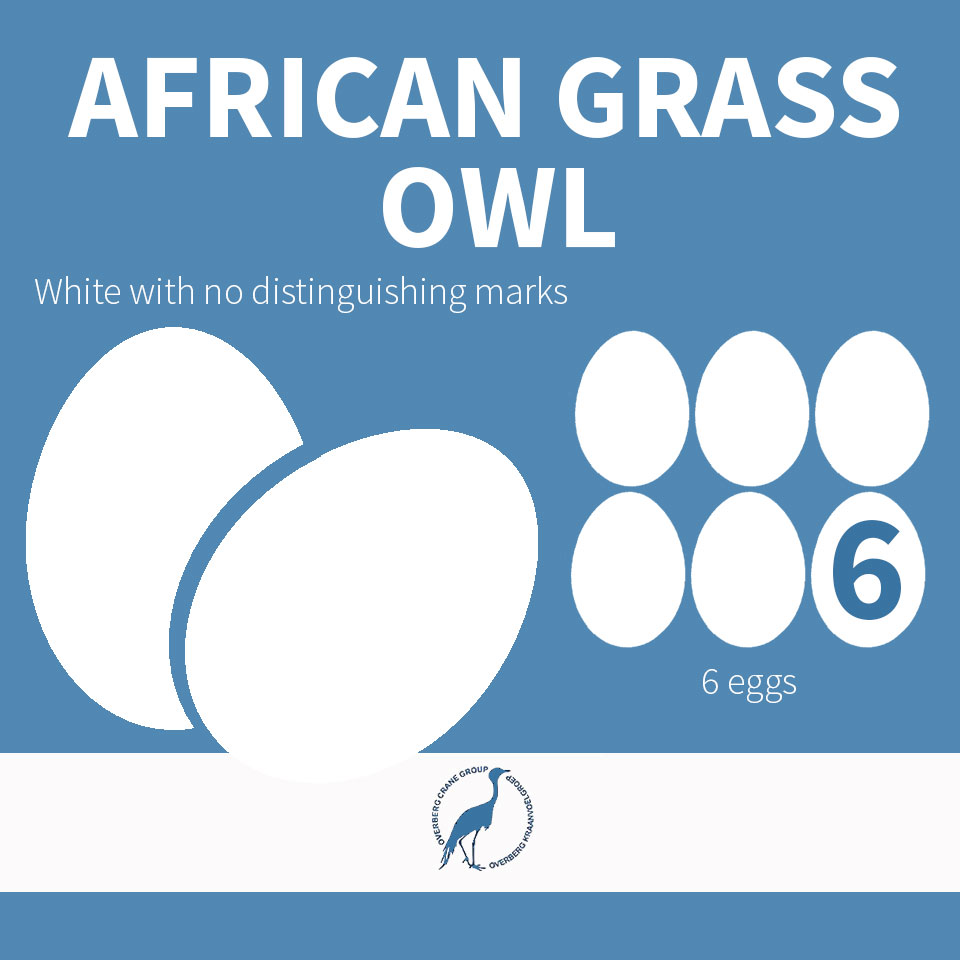 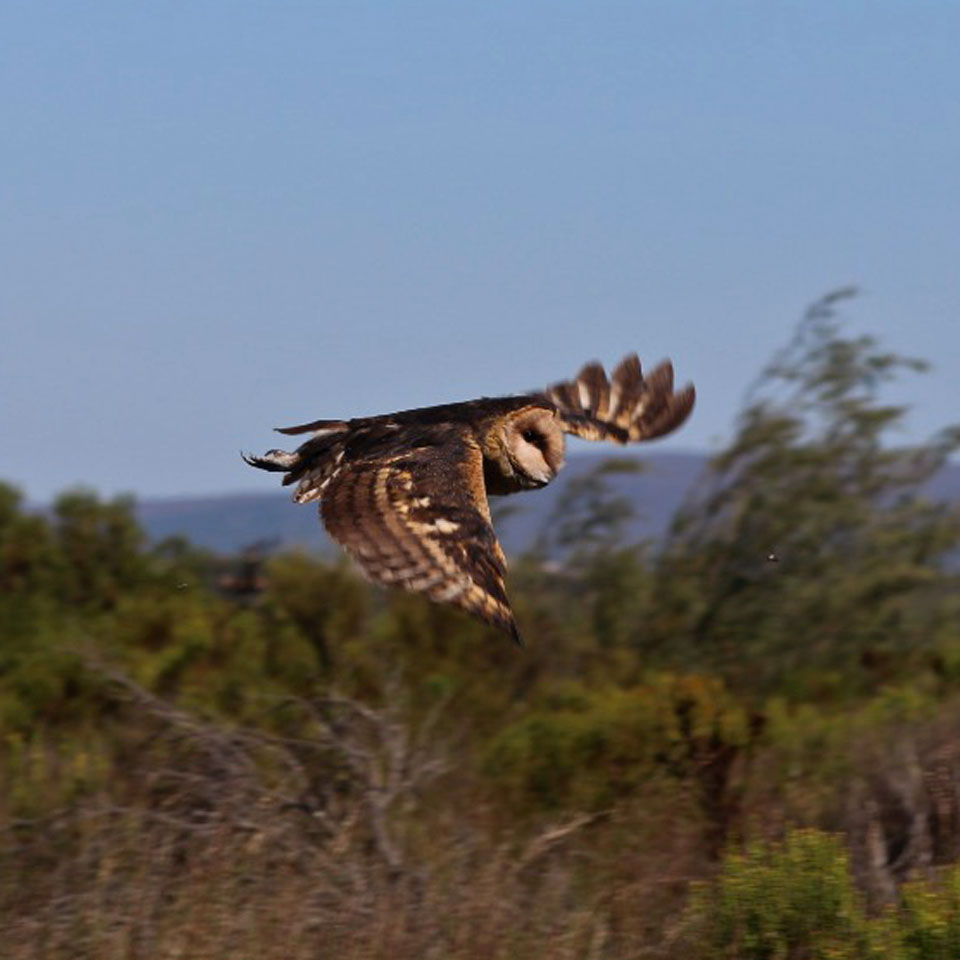 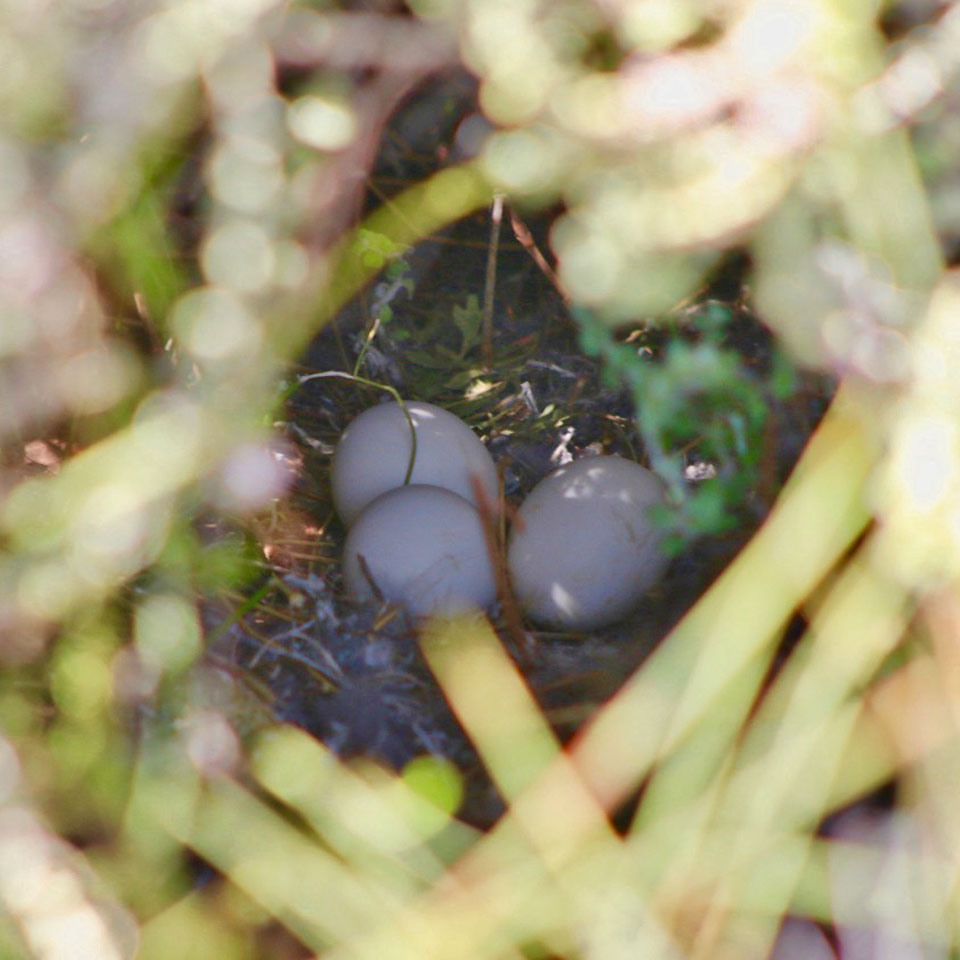 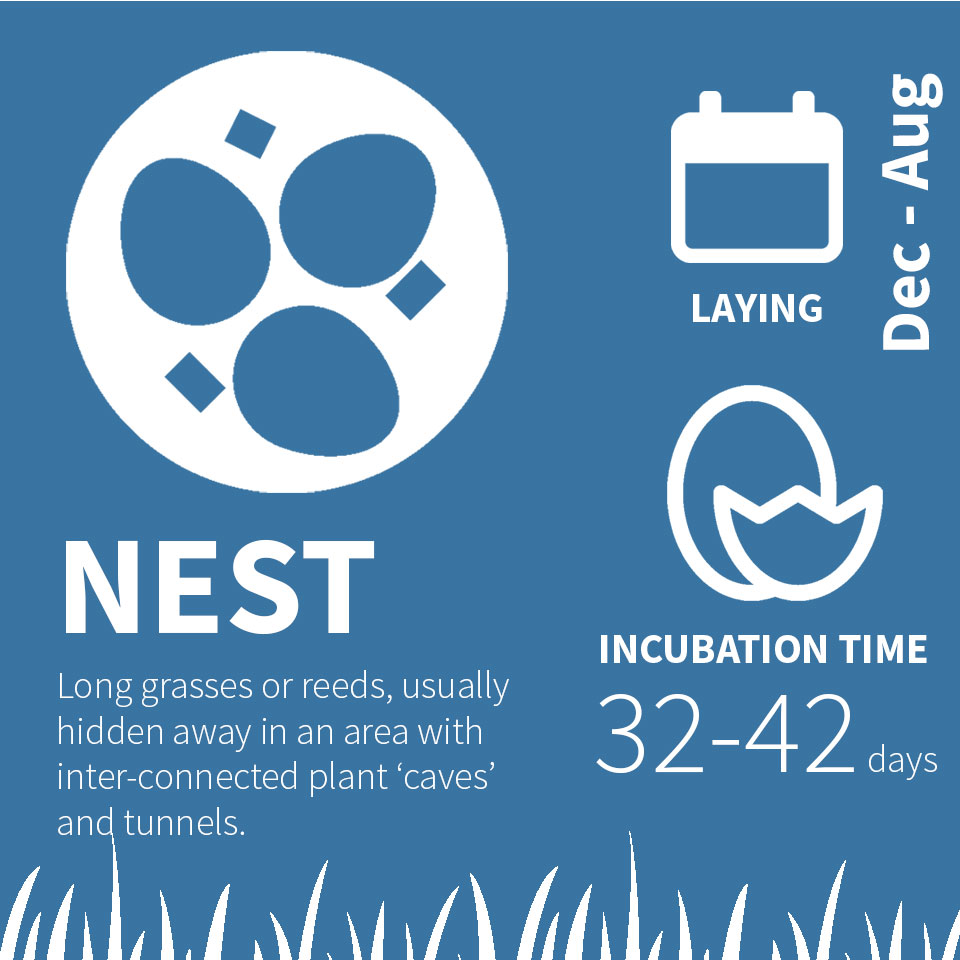 Where do they nest? Karoo Korhaan nest on the ground in the open, usually making use of surrounding rock and shrubs to camouflage their eggs.

What do the eggs look like? The egg has a brownish colouring (similar to the bird), with darker speckles on the shell.

How many eggs do they lay? They usually lay one egg.

When do they lay the eggs? They can lay their eggs any time between June and February, but most frequently in December and January. 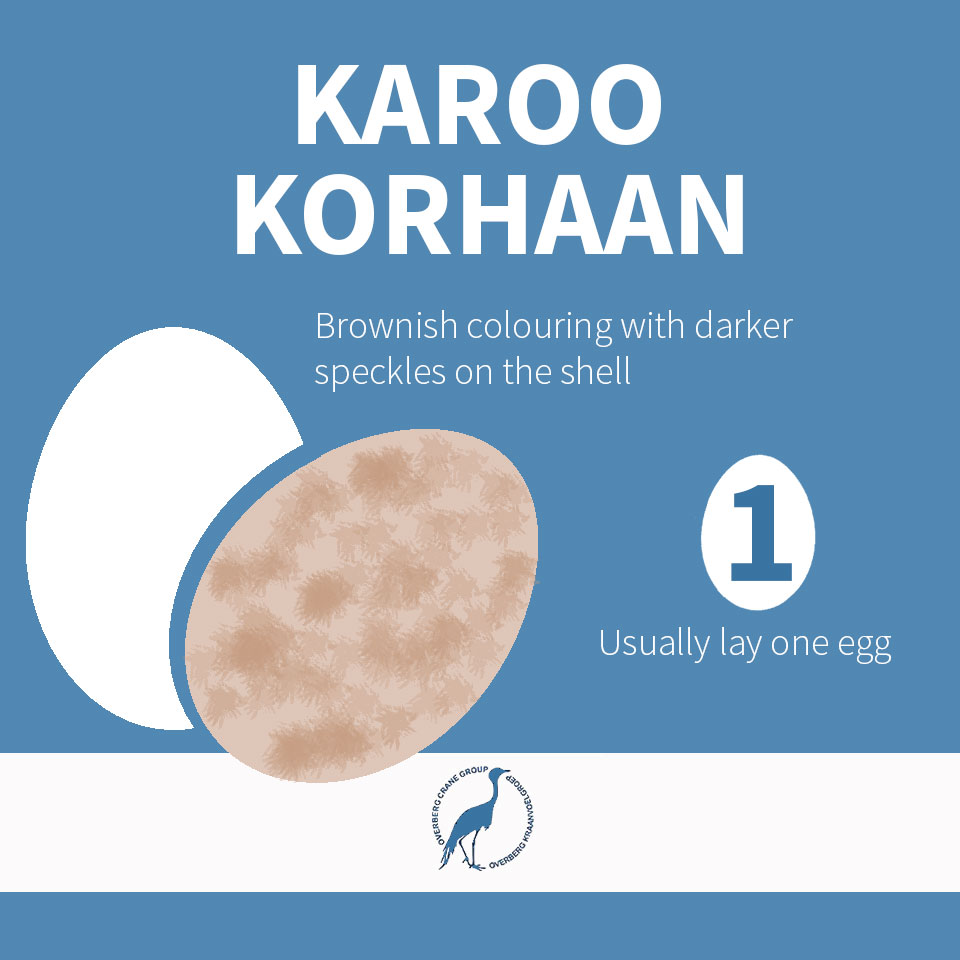 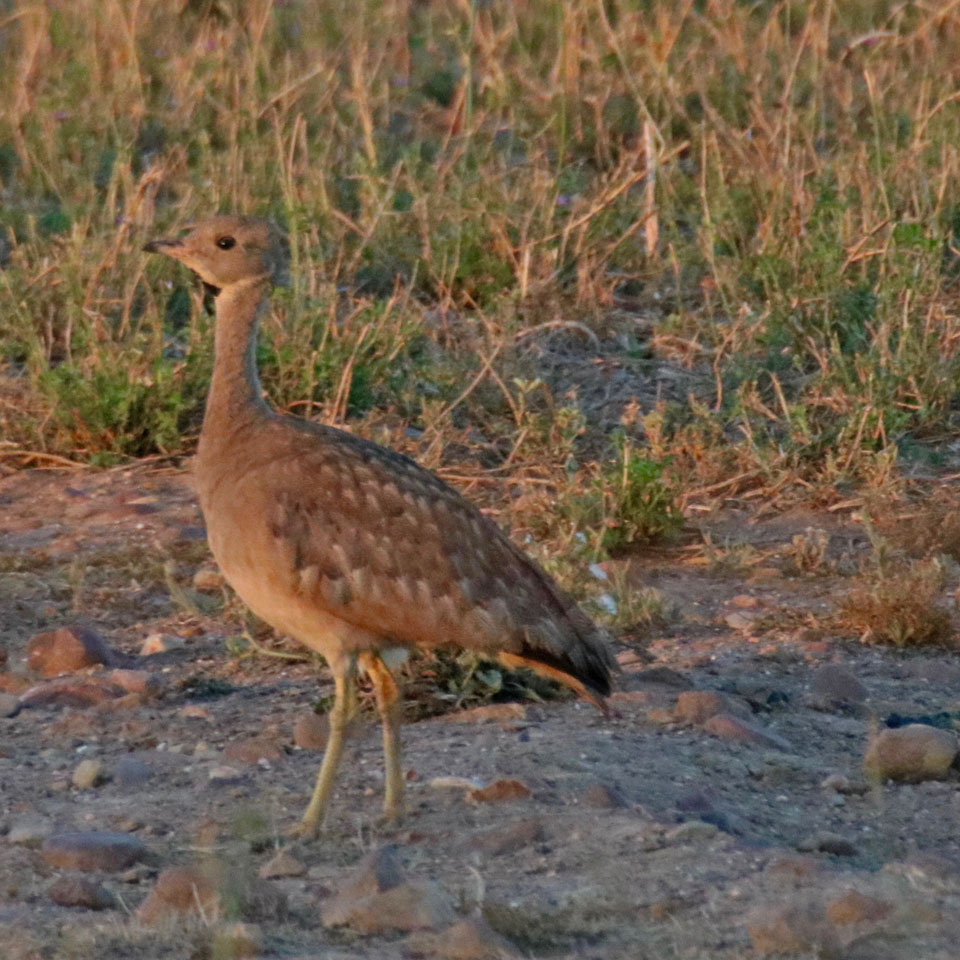 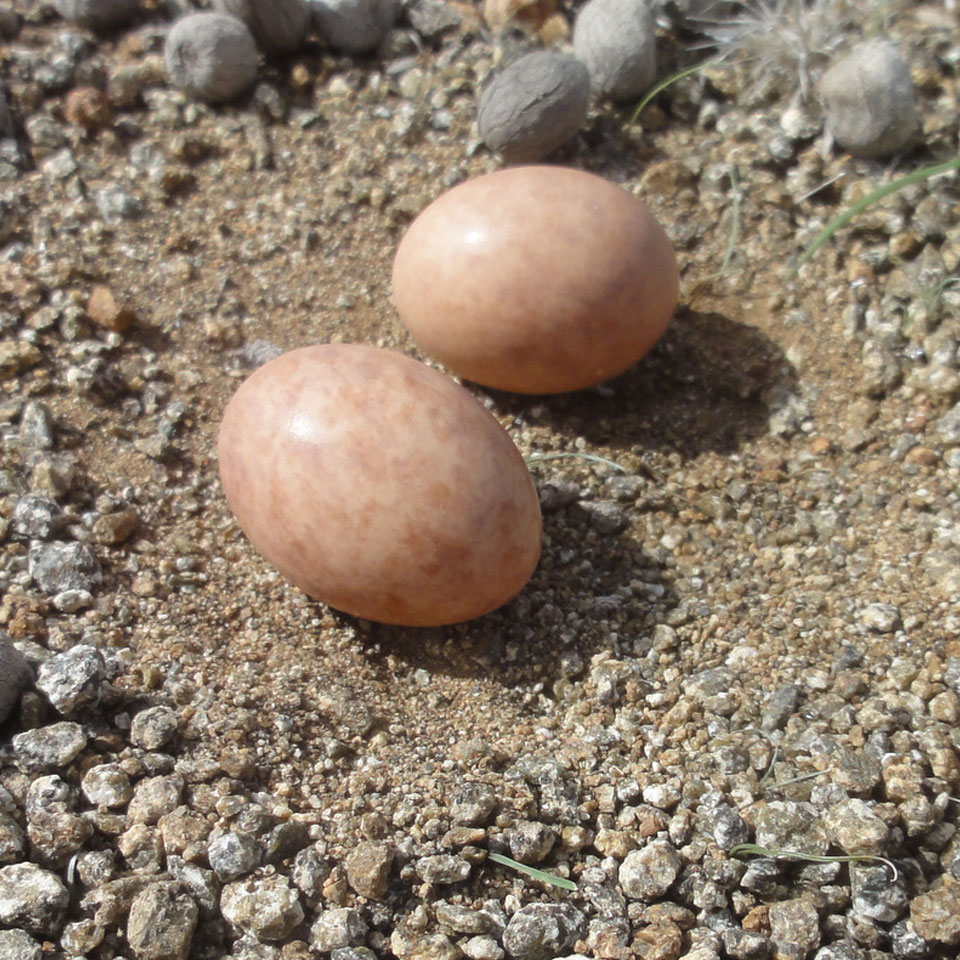 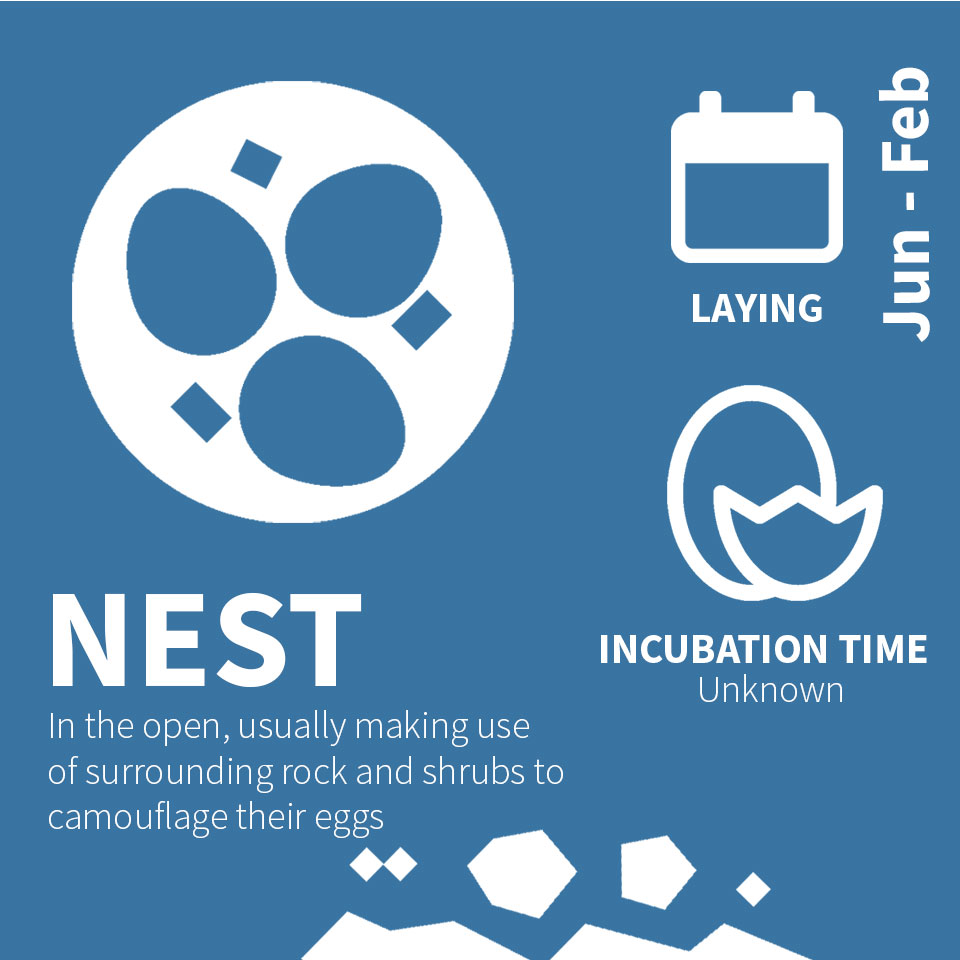