The African Marsh Harrier is mostly brown, but has white feathers interlaced with the brown on the body, is light brown to white under the wings, with bars on the wings and the tale. Like the Black Harrier, they are strong flyers and swoop low over the veld in search of food. 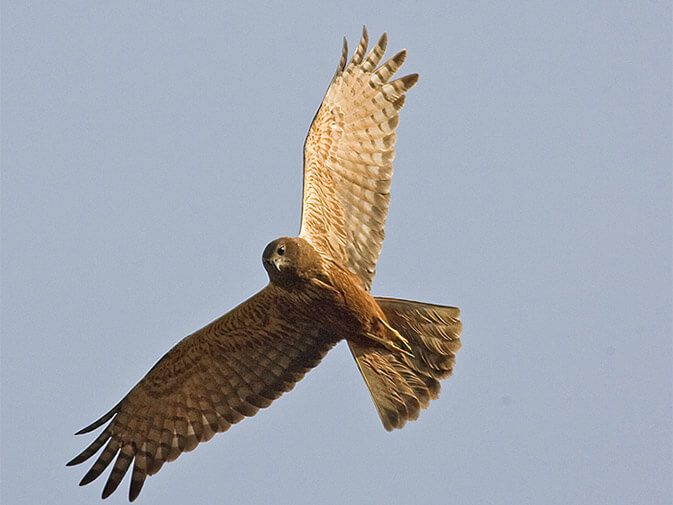 These birds occur throughout most of sub-Saharan Africa.

African Marsh Harriers breed in wetland areas, and are therefore most often seen in marshy areas. However, in the Overberg these birds are also often seen hunting over fynbos and grasslands.

The IUCN warns that African Marsh Harrier numbers are declining. The main threat is the loss of wetlands, like the drainage of KwaZulu-Natal wetlands.

ACTION TO SAVE OUR AFRICAN MARSH HARRIERS

So little is known about African Marsh Harriers. In the Overberg region, numbers seem to be increasing, and this has been attributed to much of the invasive alien clearing work taking place. The Overberg Crane Group works with partners who coordinate big invasive alien clearing programmes. The aim is to monitor these numbers, and to raise awareness with land users to protect the Overberg’s rich wetland areas.