It’s estimated that fewer than 600 pairs remain in South Africa, with a few thousand more found in the rest of Africa.

Martial Eagles are one of the largest birds of prey in South Africa (and the world). They have a white speckled chest, and a brown head. In flight, the upper parts of their wings are brown, with brown and white bars on the lower parts. 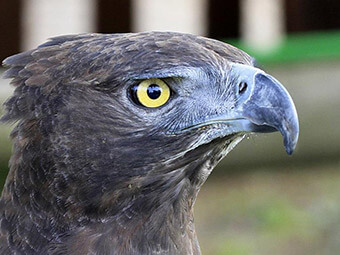 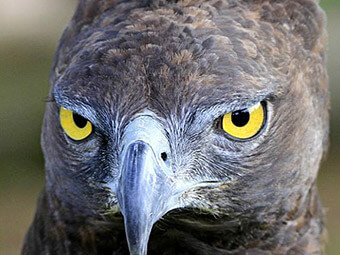 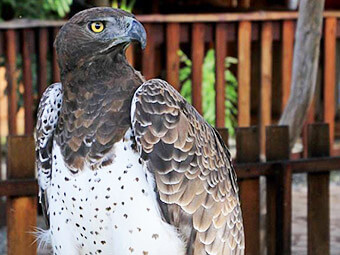 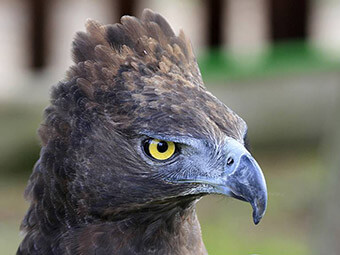 Martial Eagles occur across much of sub-Saharan Africa.

Martial Eagles are largely found in areas covered by trees, or bushy grassland. In the Overberg, they are often seen flying above fynbos, but are known to nest in tall trees (often alien trees).

These birds are often poisoned (in many cases by accident), are electrocuted on power lines, and are impacted by reducing habitat. There have been cases recorded where birds have been taken and used in the traditional medicine industry.

ACTION TO SAVE OUR MARTIAL EAGLES

So few Martial Eagles are found in the Overberg; so it’s helpful for the Overberg Crane Group to know where birds occur, and to monitor them. The Group raises awareness to reduce persecution.