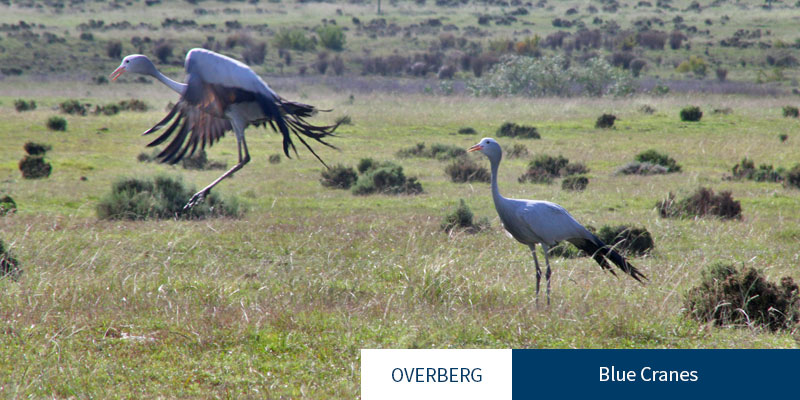 Changing landscapes in the Overberg

over the past century have provided Blue Cranes with a new home – when their home habitat in the Grassland biome was transformed. But the future of Blue Cranes now rests in the hands of Overberg farmers.

That’s according to a study undertaken by Donella Young (former OCG Board member) and James Harrison, recently published in the Journal of African Ornithology, ‘Ostrich’.

Donella and James have looked back at the history of Blue Cranes in the region, and have used data compiled during road counts undertaken by citizen scientists and bird lovers in the Overberg. These road counts were undertaken between 1994 and 2019 and continue today. 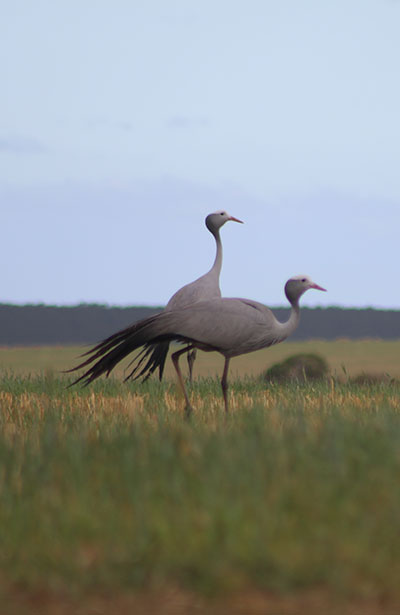 Here’s what they found:

Blue Cranes are a grassland species, and the Grassland biome of South Africa (in KwaZulu-Natal, the Eastern Cape, Free State and Mpumalanga) used to be their stronghold. But numbers declined by about 90% in this biome between the early 1970s and 1990s.

Blue Cranes started colonising the Overberg more than 100 years ago, however numbers increased (after the 1960s) when Overberg farmers switched from cereal croplands to mixed farming (where cereal croplands and dry pastures occurred).

This species has shown a remarkable shift in range following habitat loss through transformation of grasslands into plantations, agricultural crops and built environments. Cereal crops and dryland pastures in the Western Cape act as “artificial” grasslands.

(Bear in mind that the first large-scale land transformation occurred in the Overberg after the Second World War, when indigenous Renosterveld and lowland Fynbos were transformed to grain fields.)

Today, the Overberg has the highest density of Blue Cranes anywhere in the world.

By analysing the road count data, the authors found that Blue Crane numbers continued to increase until 2010. At that time, many factors could have prevented further major increases, including: 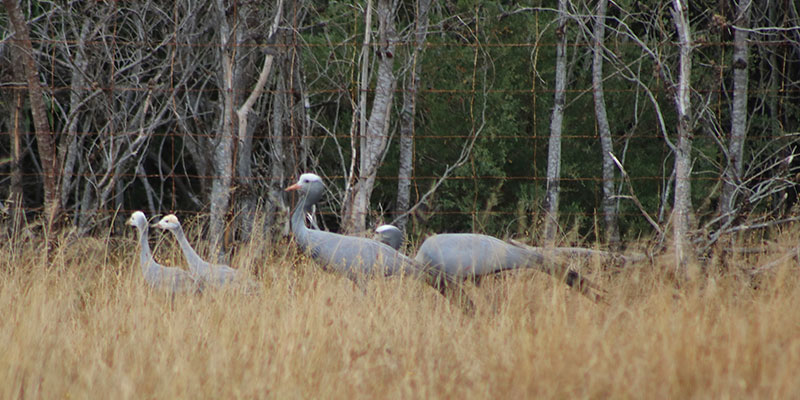 The authors write, “With the Overberg and Swartland being areas of extensive and intensive agriculture that are major producers of food in South Africa, the future of the Blue Crane in these regions depends on the economic factors that influence landowners in their choices of agricultural methods and land use.”

As Blue Cranes prefer open habitats, especially to breed, they have never been recorded in vineyards during the road counts.

Blue Cranes also avoid canola – a crop that is increasingly being planted in the Overberg.

They conclude that there is a growing consensus that any increase in agricultural production should be sustainable and not cause additional negative environmental impacts, but instead should try to reverse past losses in biodiversity.

“This will depend on breaking down cultural and political barriers to recognising that long-term stewardship of agricultural landscapes requires integration of food production with delivery of environmental goods and services.”