Satellite tracking of Blue Cranes: What the data shows us 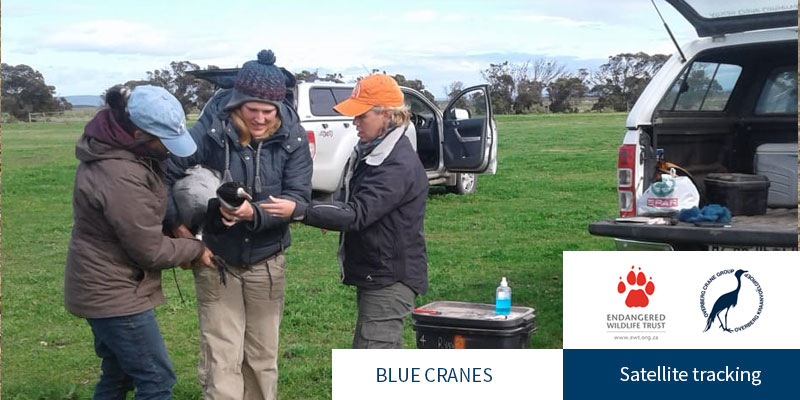 on how these cranes move about, and where they’re most at risk of powerline collisions.

The African Crane Conservation Programme team (made up of the Endangered Wildlife Trust and the International Crane Foundation, including OCG Extension Officer, Christie Craig) has already fitted satellite trackers on five cranes in the Overberg (and two more in the Swartland). The team plans to fit another seven trackers in the next few months.

What we’ve found so far:

To date, the crane’s movements have been quite local – with the individuals staying close to the area in which they were tagged. One crane has, however, left the Agulhas area, and is now moving around north of Napier. 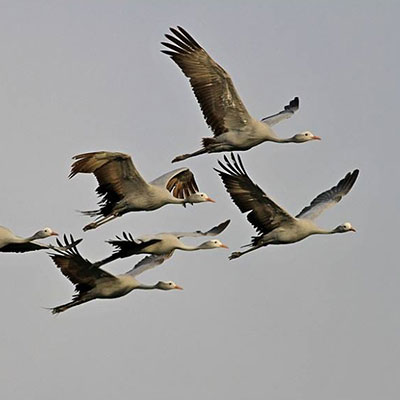 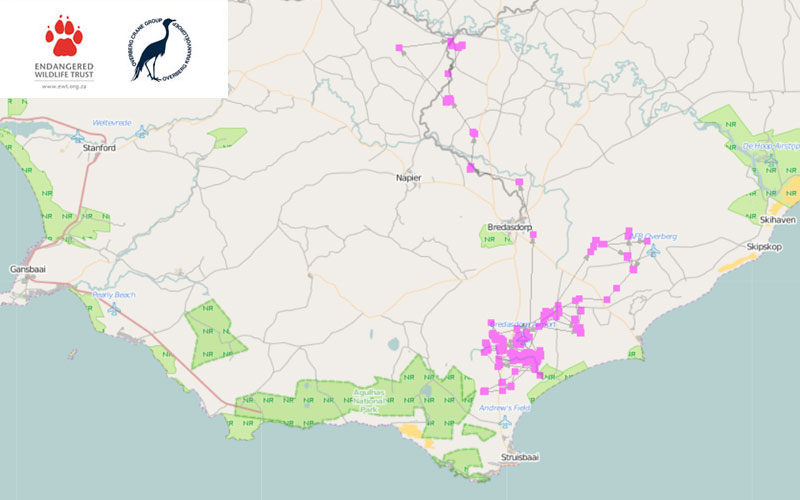 Why are we doing this?

Tracking Blue Crane movements can tell us a lot about how to protect these beautiful birds. One of the main threats to cranes is collision with powerlines. Using the data we get from satellite trackers on Blue Cranes, we can look at their flight patterns to understand when and where they are most at risk of colliding with powerlines, by modelling the data. This in turn can help Eskom make decisions about mitigating powerlines to make them safer for cranes.

How can you get involved?

The EWT and the OCG work in partnership to protect Blue Cranes in the Overberg. The EWT and the International Crane Foundation work together in furthering conservation of cranes and their habitats throughout Africa. The EWT Western Cape project is supported by the Leiden Conservation Foundation and Eskom.