Overberg birds on the move as the climate changes 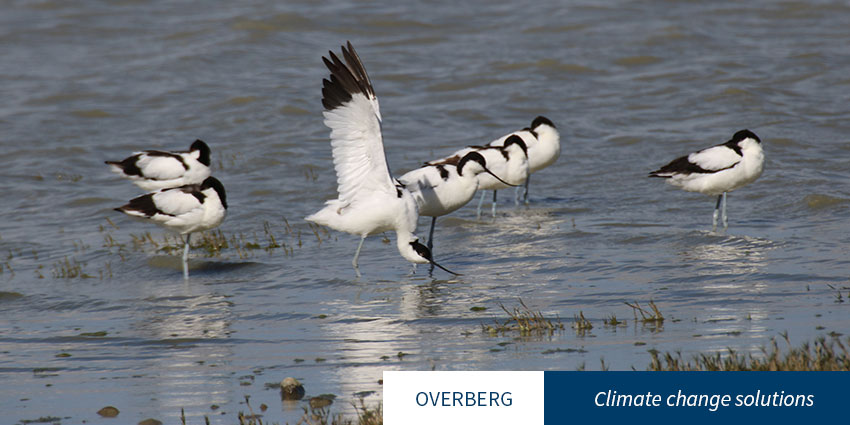 Many species – including bird species – are already on the move in the Overberg district as the climate changes. Now it’s up to us to protect these areas that species are moving into, to reduce the likelihood of extinctions.

On Earth Day (22 April 2021), the world turns to climate action. The Overberg, too, is part of the conversation, given that our area offers climate change solutions (but also sees many bird species losses too).

The ‘Spatial Planning for Area Conservation in Response to Climate Change’ Project, known as SPARC, is led by world-leading climate change scientists and researchers. These scientists assessed priority areas in South Africa, including the Overberg. 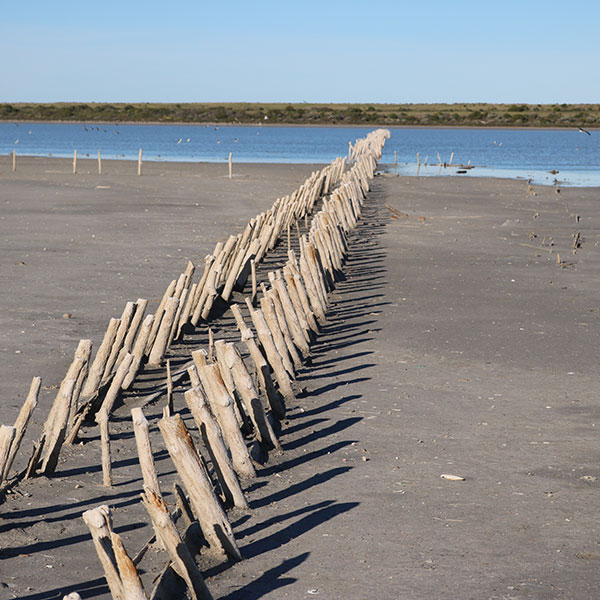 They concluded that parts of the Overberg, especially stretches along the coast including the Agulhas National Park, are the HIGHEST PRIORITY conservation areas to represent species as they move due to a changing climate.

These scientists also looked at specific bird species, and how these birds will move in the face of a changing climate. They developed several models, considering low-emission scenarios (where countries are able to keep temperature changes well below 3 Degrees Celsius) and high-emission scenarios (worse-case scenarios).

According to climate scientist, Dr Guy Midgley (a member of the SPARC team) in a recently released study, endemic species are most at risk as the climate changes, including the likes of the Orange-breasted sunbird in the Cape Floral Kingdom. Introduced species, on the other hand, could be largely unaffected, and in some cases, might even benefit. 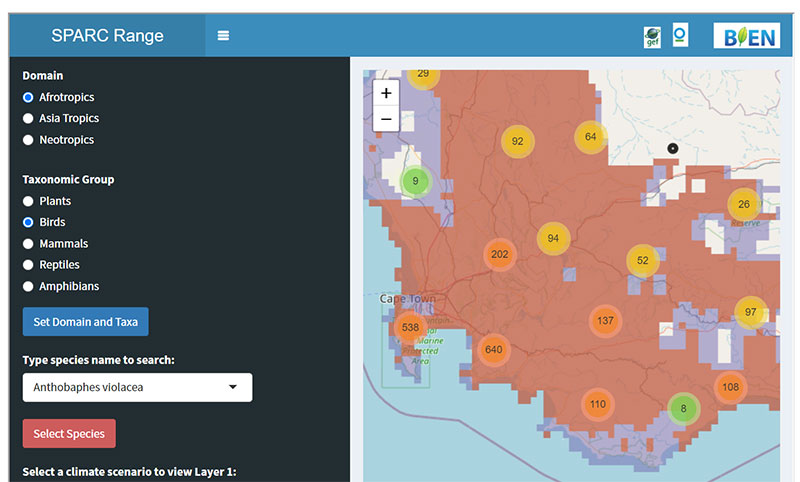 Above: The SPARC scientists assessed how species will move in the face of climate change, and mapped these movements for individual species. For example, in a low-emission scenario, the Orange-breasted sunbird will move out of the coastal regions (the purple layer on this map) into the orange-coloured regions by 2070.

So let’s take a look at how some key bird species in the Overberg move and are affected as the climate changes. 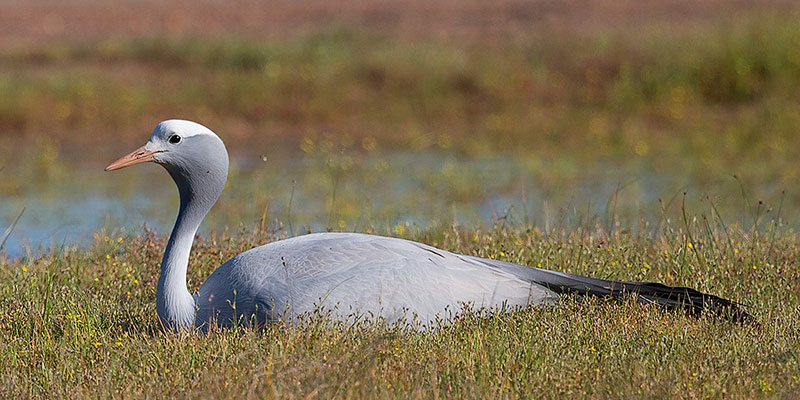 In the low-emission scenario, by 2070 the Orange-breasted sunbird is expected to move out of the coastal areas of the Overberg, particularly around the Agulhas National Park, all the way up to Gansbaai in the west and Arniston in the east (including De Mond Nature Reserve), as well as up to Bredasdorp. It also disappears around the Swellendam and Buffeljagsrivier area, but is likely to still occur north of Swellendam in the Marloth Nature Reserve, and in the De Hoop Nature Reserve. 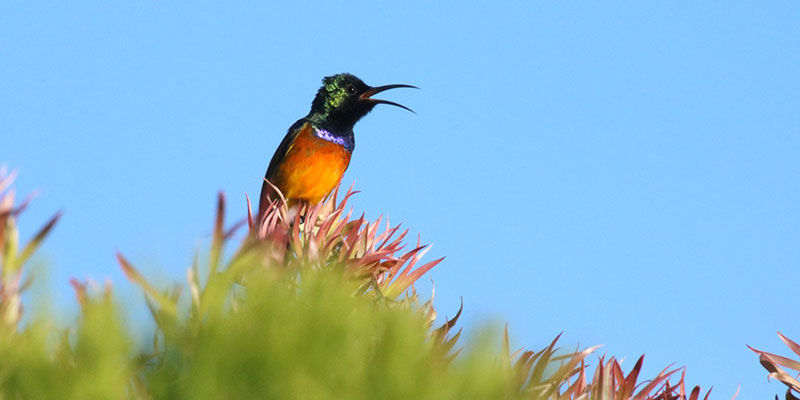 As the climate changes, the Overberg becomes an even more important sanctuary for the Black harrier. It moves out of its range in the northern parts of the Western Cape, as well as coastal areas around East London. Should we be faced with a high-emission scenario, then the species is likely to also disappear from parts of the De Hoop Nature Reserve, Buffeljagsrivier and up to Robertson and Montagu. 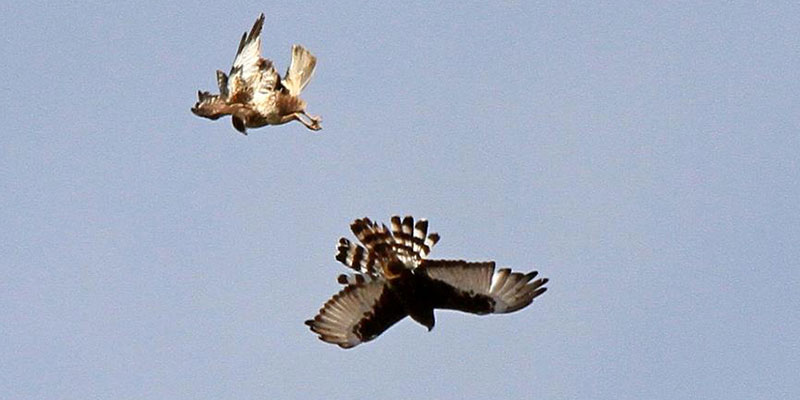 The Southern black korhaan occurs in the Overberg and all along the coast up to East London. In the light of a changing climate, the species becomes even more concentrated around the coastal areas, moving out of its range in the northern parts of the Western Cape, as well as along the West Coast. It’s therefore important that their habitat is protected in the Overberg, to provide sanctuary in the future. 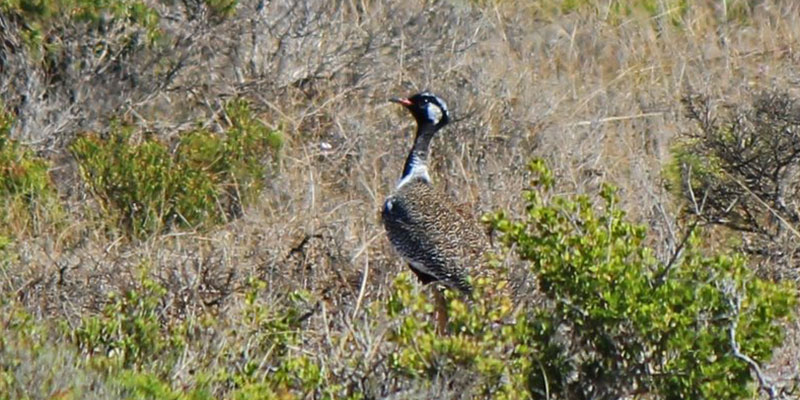 This Near Threatened species occurs along a coastal strip from the Cape Town region up to Mozambique. It also occurs currently in Zambia and Angola. In a high-emission scenario, the Denham’s Bustard will move out of the northern parts of its current range, and focus more along the coast. 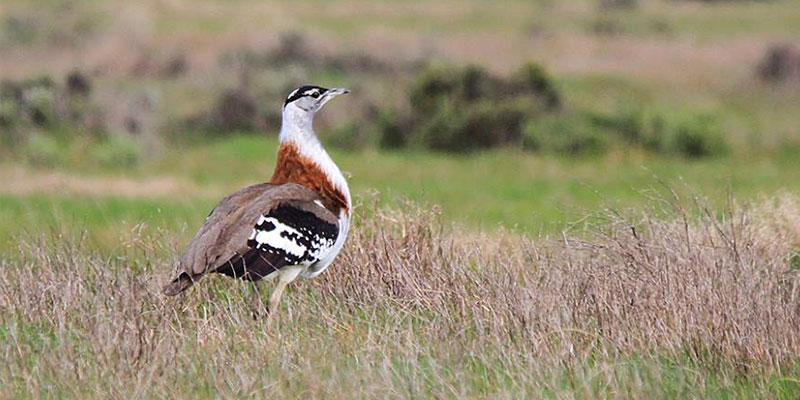 The Cape Vulture is also a species on the move in the face of a changing climate. While it will remain in much of its current range along the east coast of the country, its range in the Overberg nearly halves – even if we only experience the low-emission scenario. Whereas the De Hoop Nature Reserve currently provides a sanctuary for a burgeoning population of Cape Vultures, this range decreases by around 50% around De Hoop and north of De Hoop, in the landscapes around Buffeljagsrivier. 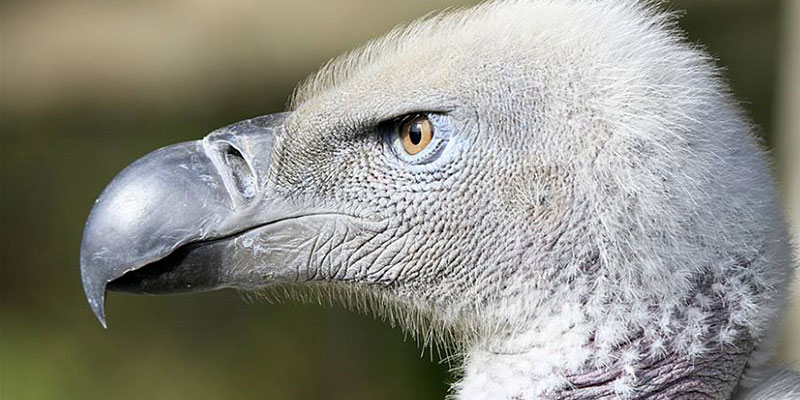 According to Dr Midgley and the co-authors in the study called, ‘Endemism increases species’ climate change risk in areas of global biodiversity importance’, 34% of land endemics risk extinction.